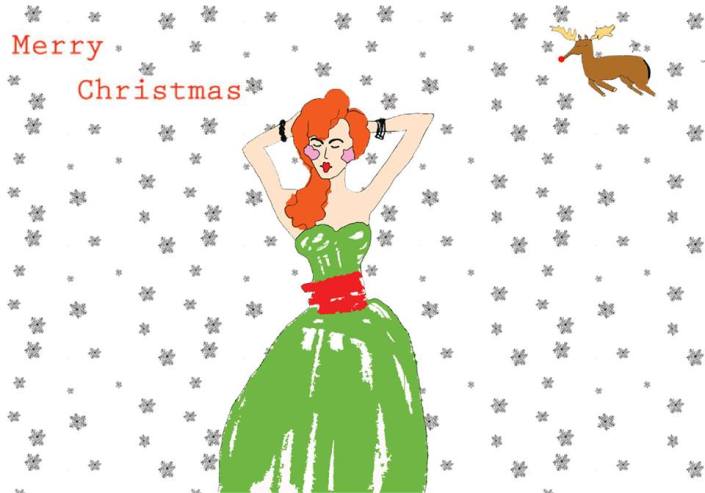 This entry was posted in Uncategorized.

A lovely write up on my work from friend and highly skilled photographer Susana Fernandez Lopez, who subsequently photographed my last Interactive Art event:

Wednesday evening was the night Debut Contemporary Christmas Boutique; I came along with my Interactive Wallpaper, charity boxes for ‘Breast Cancer Care’ & ‘Beating Bowel Cancer’ and a selection of quirky seasonal and Christmas cards.

It was a great evening and the wallpaper is looking so fabulous from the Artists’ who have adorned a character with their unique handwriting.

The greeting cards are still selling at Debut Contemporary: http://www.debutcontemporary.com/
They cost £3.00 each and 10% all sales will go to ‘Breast Cancer Care’ & ‘Beating Bowel Cancer’.
What’s not to love? X 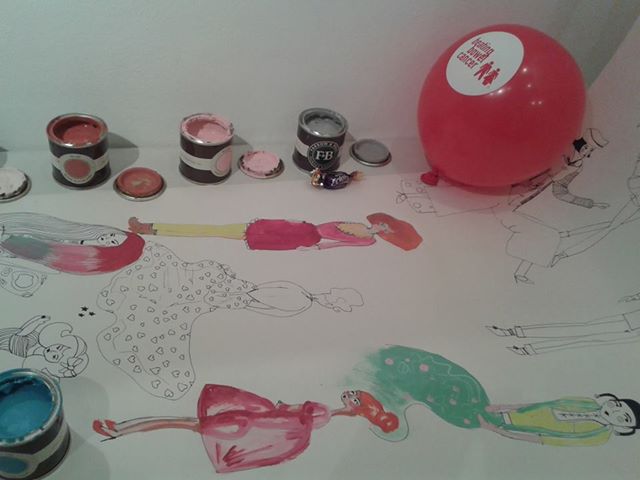 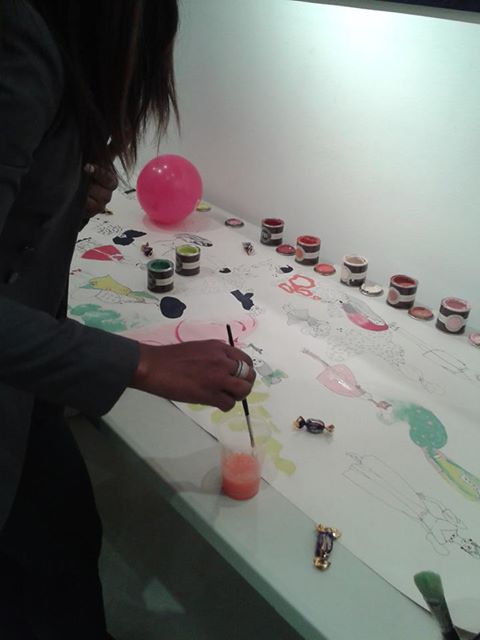 I’m very excited (and busy to say the least) as I’ll be selling a range of seasonal greeting cards at the #DebutContemporary #Christmas #Boutique tomorrow evening (7-9pm) you’ll be spoilt for choice with my quirky card range and best of all 10% of all sales will go to charities ‘Breast Cancer Care’ & ‘Beating Bowel Cancer’ I will also have my Interactive wallpaper out for people to work onto and charity boxes to donate: 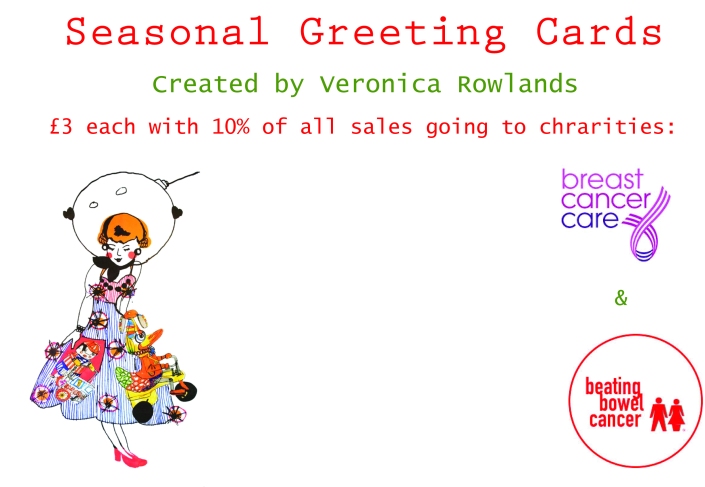 Christmas is not all about shopping…..Calender Artwork

Looking for the perfect calender? look no further extremely talented photographer and good friend of mine Susana Lopez Fernandez has a created a visually stunning calender entitled ‘Christmas is not all about shopping’,  in which a stunning photograph lies behind each door:

Christmas is an annual commemoration of the birth of Jesus Christ and a widely observed holiday, celebrated on December 25 by billions of people around the world.

Advent Calendar is a photographic reflection on the commercial nature of the festivity over the past decades. Inspired by the traditional form of advent calendars which emerged in Germany at the beginning of the 19th century, as a method to count down the days of December before Christmas. She is releasing fourteen photographs twitter under #CalendariodeAdviento from 1st December to 25th December.

Once again Susana traverses the streets of London to compile these fourteen images that resorts to symbols and traditions that invite us to reflect upon an ever increasing crisis of collective traditions which have given way to a consumerist society.

Wednesday night was the Christmas Private View at Debut Contemporary; it was a fantastically atmospheric  evening and I met a great deal of interesting new people as well as catching up with my highly talented fellow Artists at Debut.

The raffle was held later into the evening and I was delighted that a lovely gentleman I’d chatted with at the last Private View had won my Space Doll print:

Give them something unique for Christmas

It’s almost Christmas so why not give something completely unique; Let me create an Artwork for your nearest & dearest; from as little as £50 I can create a small artwork on canvas.

I can work in a huge range of styles and processes whether you want something minimalistic and intricately drawn or bold and flamboyant I can work with your ideas to create a representation of the person it is for just how you want it. 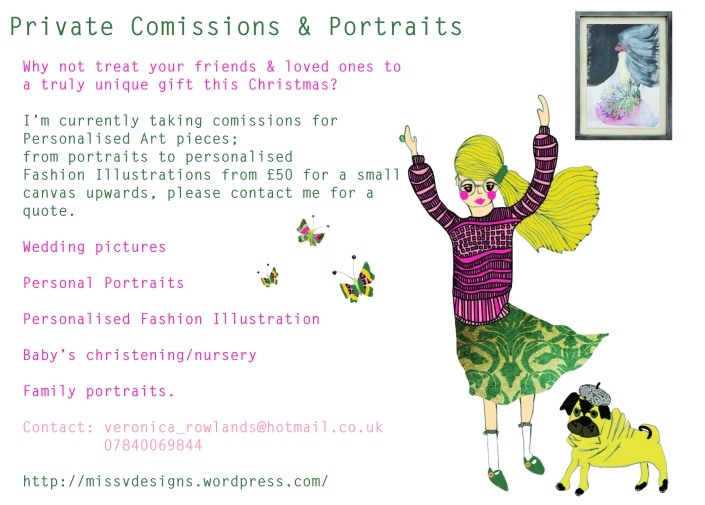 I have decided to adorn another roll of wallpaper for the event which I felt would be great fun for guests to help colour using felt tip pens this time – I only decided this several days ago so It’s all been a race against time, but I think I generally work at my best under pressure……. very fluidly. 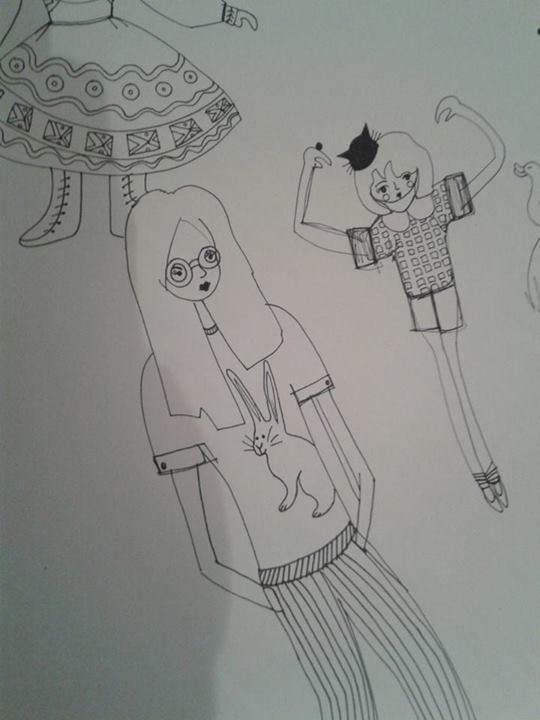