Want to give something unique, bespoke and beautiful for Christmas?

I’m taking orders for illustrations/portraits (inc pets), cushions and originals Artworks (as well as my own Christmas card, print and cushions range) email me at: veronica_rowlands@hotmail.co.uk to talk 🙂 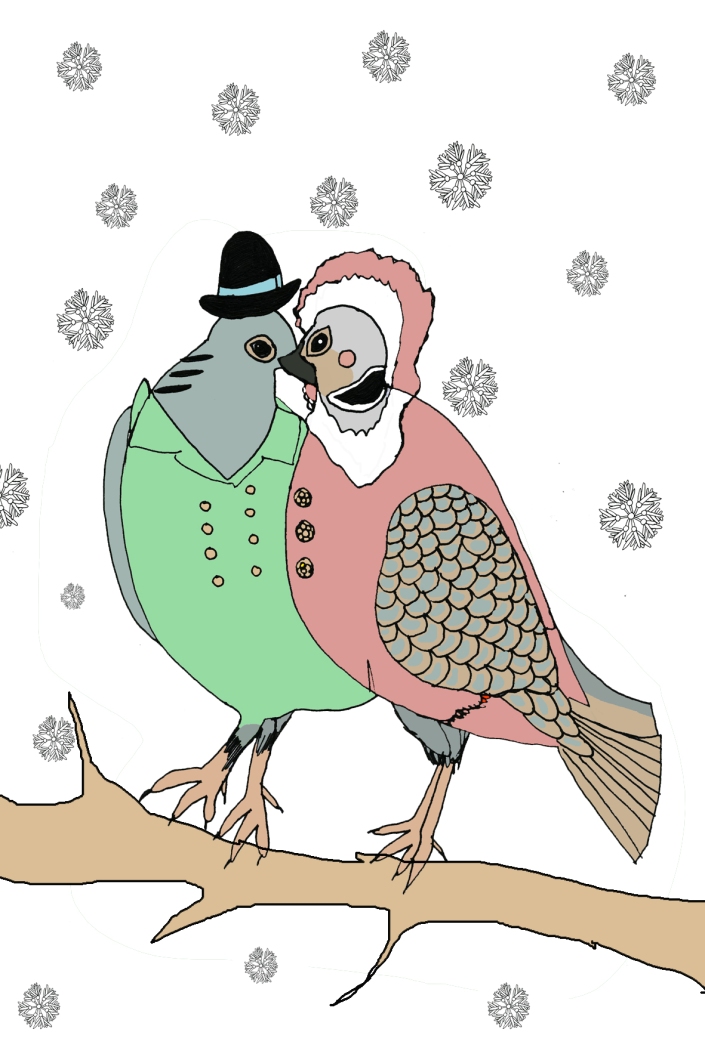 ‘Two Flamingo’s’ looking absolutely gorgeous in their new home….they sit so well with the deco… 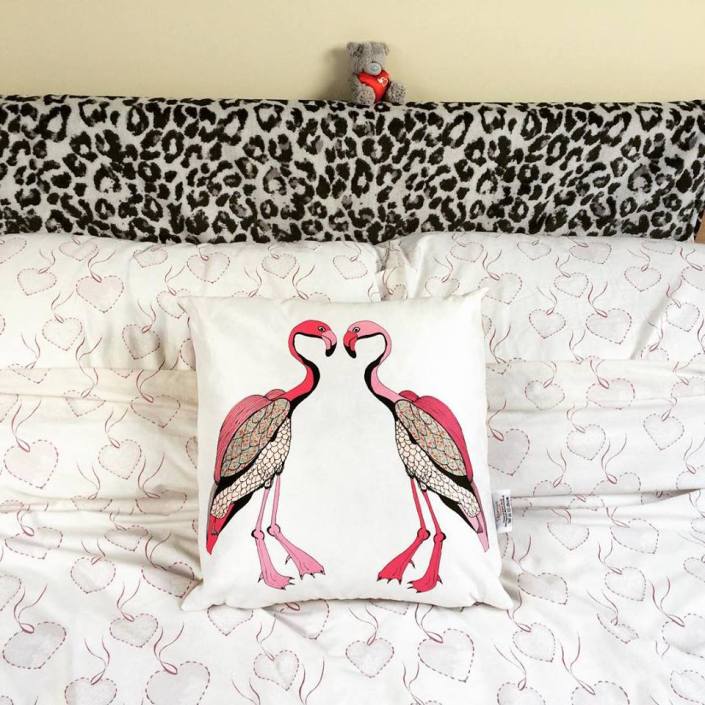 This painting was created using acrylic, ink and pastel and was inspired by Alice in Wonderland and the ‘Mad Hatter’s Tea Party’, a surreal fantasia.

My fashion illustrations are always inspired by vintage dolls, to which I add a contemporary twist. My Alternative Tea Party, which was inspired by Tim Walker’s fashion photography, resulted in this concoction of curious and whimsical characters. 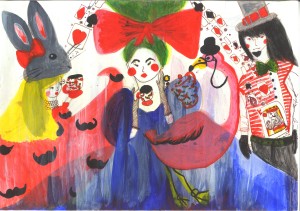 I always have my original paintings scanned so I can make Ltd Ed prints; I had this one scanned at Clifton Print Services (Bristol), they are very friendly and always provide a top service: http://www.cliftonprintservices.com/

I few weeks back I mentioned that I had submitted an art piece for an exhibition entitled ‘Milk & 2’, I’m delighted to tell you that my ‘Alternative Tea Party’ has been chosen to go up……..come along to the opening: 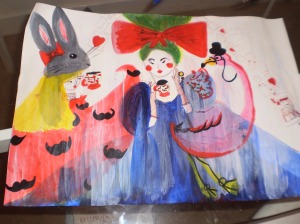 I have created this piece for an exhibition I was invited to submit for in March entitled ‘Milk and Two’.

‘Milk & Two is a pop up gallery with intent to entice the public into the gallery space using the power of tea & art, hence ‘Brew’.

Our chosen theme corresponds with the traditional English dialogue of cockney rhyming slang and represents the word ‘Brew’, meaning cup of tea. The saying Milk & Two also implies a unity & a coming together of two separate entities to create an interaction which is an ethos we aim to portray through our pop up gallery-come-cafe. The cafe culture in art can be referred back to the turn of the 20th century in the modernist era, where like-minded creatives such as Picasso & his cubist comrades gathered to make & discuss art out of the studio & in a socially engaging & inspiring environment. Milk ‘n’ Two aims to emulate this communal but creative culture into a contemporary setting by encouraging the public into the gallery through the inviting name of Milk & Two & the allure of ‘Brew’ Exhibition.’

Naturally I found a way of incorporating Fashion Dolls into this theme; I have always had a love of Alice in Wonderland as it immediately conjures up images of eccentric characters and surreal surroundings at a tea party and I relish the idea of using it as a starting point………..this was a perfect opportunity!

I just need to add a few more small details to the background and I aim to mount and frame it over the weekend.